The Syndicate
Rank: None
Service Points: 0
Glancing up at the Kyodai comfortably from his chair, Lamral hesitated a moment before nodding briskly.

The Coca in his system was starting to take its effect - his vision sharpened as he peered at the man before him, a surge of energy rushing through his body as he pushed himself to his feet with the eagerness of a man possessed.

Slamming his fist on the metallic table before him, he flashed the Kyodai a devilish, wide-eyed grin and cleared his throat.

The Kyodai, dressed from head to heel in red and black, smirked beneath his balaclava - the fabric crinkling somewhat as he did so. Usually, such a detail would likely go unnoticed, but to a man off his nut on Coca, such details are fascinatingly clear.

“Just your standard milk run, really. You’ll be going down to Club 71 to pick up a package from an associate of mine, and delivering it to a family friend on the other side of the red light district. I’ve taken the liberty of forwarding the co-ordinates and appropriate passcodes over to your multicom.”

Lamral glanced down, bringing up his multicom with a flick of the wrist and mulling over the details with furrowed brows. The eerie glow of the projection flickering somewhat in the relative darkness of the apartment as he scrolled through an annotated map of the red light district.

“The man goes by the name Styx. Ominous, I know. I’ve never quite seen the appeal of such macabre monikers myself, though I suppose they have a certain charm. Easy enough to remember, at least.” the Kyodai tilts his head somewhat as he regards his subordinate. “You’ll be collecting some hacking equipment - this equipment fetches a decent enough price for the right customer. Fortunately, we’ve found one such customer. Her name is Lucia Flores, she’s an information broker of sorts. I’m sure you’ll get along like a house on fire.”

“So, you want me to go to this club, pick up some hack tools and drop them off to this... Lucia woman? Sounds easy enough, permitted the UPD keep off my ass.” Lamral grunted.

“Don’t you worry about the Urban Patrol Division tonight, Mr Kendros. The Syndicate will be keeping them occupied well enough. Like I said, point A to point B, get paid. Don’t disappoint me, now. The credits will be in your account once I have confirmation from Miss Flores.”

“Right, understood. I’d best get myself ready, then.” He laughs half-heartedly, switching off his multicom.
“Do enjoy your evening, Mr Kendros.”
With that, the Kyodai elected to take his leave, exiting the apartment as swiftly as he arrived.

Lamral, still buzzing from the Coca, walked briskly into his father’s old room - currently being used to stash his armaments. The room was cosy enough, albeit a little cramped for its current purpose.

Donning his old Class Three armour, now painted entirely black, and loading his ex-service rifle with an almost nostalgic sigh, Lamral prepared himself for the excursion - you can never be too careful, these nights.

Leaving the apartment, it didn’t take too long for Kendros to make his way through the sea of souls aimlessly wandering throughout the city proper before he reached Club 71 - an obnoxiously garish place, judging by the exterior; flashing pink neon lights adorned the entrance sign draped across the top of the doorway, flanked by two heavily armoured bouncers. The line was sparse, but Lamral elected to push his way to the front regardless.

“I’m here to see Styx.” He stated, bluntly.
One of the bouncers began to size up Lamral, taking note of his attire.

“He didn’t mention you’d be rocking up in full combat gear, bud. You know he’s insured, right? Top of the line. You cause trouble, we’ll put you in cloning so fast you won’t get the chance to blink. That rifle of yours won’t help you none.” He snapped as a retort.

“Oh, do fuck off. I’ve got shit to be doing other than standing around dick waving.” Lamral grunted, striding past the bouncer with a sneer and heading into the club proper to find this associate of the Kyodai before his patience ran out.

As the Syndicate Thug entered Club 71, he was hit by a barrage of lights and sounds much unlike the outside world. Rhythmic pulses of synth and snare bounced off the walls, accompanied by intoxicating pink and white strobes dancing defiantly across the spacious floor. Wading through the bodies busying themselves with one another in haste, Lamral found his way to an access panel on the far side of the room.

Bringing up his multicom, he quickly found the code he needed, tapping it in furiously and tapping his foot as the door clicked open. Making his way up a set of stairs revealed behind the aforementioned door, Lamral encountered a scraggly looking runt of a man with long, thick black hair and cold, dead eyes. He reached out with spindly, almost skeletal fingers for Lamral, who recoiled somewhat instinctively at the gesture before regaining his composure.

“You must be the new blood. I’ve got what you need, right over here.” the man stated in a sterile tone.
“Right. You must be Styx.” Lamral noted, forcing a smile.
The man said nothing in response, simply reaching for a wooden box and shoving it into Lamral’s arms.
“Be quick about it, mate. I don’t have all day. Go on, piss off.” the man chimed in.

Huffing, Lamral sighed and took his leave. Making his way through the club a second time was a sobering experience - much less alluring than it was on his way in, though little had changed about the place physically during his time upstairs. Brushing past the bouncers once more, he brought up his multicom and flicked through various pieces of information casually with a free hand while holding the box under the other arm.

The Kyodai was right - the streets were quiet. No sign of the CPC so far. Maybe this really was just a milk run.
As Lamral made his way to the second address, his journey was rather uneventful - much to his surprise.

Perhaps donning his armour was unnecessary. Mulling over the details of just how he became a delivery man for the criminal underworld as he walked, he found some precious amusement in his thoughts.

“Another glorious day in Union City...”, he muttered to himself.

Coming to the second address, Lamral found himself down a dimly lit alleyway with no-one else in sight. To his right was another access panel. Tapping in what he assumed was the passcode for it from his multicom yielded positive results as the door clicked open.

Moving inside, something felt amiss. The lights were off, which Lamral quickly rectified as he walked down the hallway and into a rather spacious living room, only to be greeted by the sight of blood splattered across the walls, and the corpse of a young woman on the floor.

Dropping the box, Lamral shouldered his rifle instinctively. Gathering his wits, he swept the room, sticking close to the walls. There was a kitchen to his left, and another hallway to the right. “Start with the kitchen”, he thought to himself, and so he did. Entering with his rifle trained on the doorway, he swept the room - nothing.

Moving down the hallway after he was satisfied no-one was going to leap out of a cupboard at him, he couldn’t help but feel unnerved. This was supposed to be a simple job, though he supposed nothing is quite simple in these days and times. He spotted two doors - both on the left hand side of the hallway. Clearing both of them in quick succession, he found a bedroom and an airing cupboard, both empty.

After confirming he was alone in a strange apartment with a corpse, he sighed - lowering his rifle and slinging it over his back. Moving over to Miss Flores, he removed his glove and pressed a hand against her neck.

Still warm. This was recent.

Still, this incident was none of his business. The woman MUST have cloning insurance, surely. A woman in her line of work would be a fool not to. Lamral elected to stash the box of hack tools in the airing cupboard, before departing from the scene. The Kyodai could inform the rejuvenated Lucia Flores upon her return to the apartment, he imagined. Sure, this complicated things a little, but as long as payment comes his way, Lamral hardly cared.

Bringing up his multicom, he decided to make contact with the Kyodai, just to be sure.
“Hey. There’s been a slight problem with the delivery...”
Reactions: starreaper69 and LordAdder 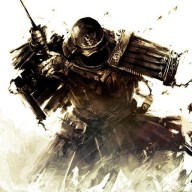