Hesphos said:
I miss Tiopanthias, he was always a hoot. (tiopantas? I forgot how to spell it.)
Click to expand... Hari Seldon said:
If you were GIS get out.
Click to expand...

It was only for a little bit, near the end... When it totally didn't matter. Honest.
Mostly LED here, DeMorgans Castle firing lines bring back peak nostalgia.
I also managed the official wiki for a while, didn't really know what I was doing so lots of people thought I was a mong.
Reactions: Hari Seldon and LordAdder

FireStorm said:
I also managed the official wiki for a while, didn't really know what I was doing so lots of people thought I was a mong.
Click to expand...

Did you happen to save any stuff off from the wiki? And do you still have it?
Reactions: FireStorm

LordAdder said:
Did you happen to save any stuff off from the wiki? And do you still have it?
Click to expand...

I've been looking because I certainly did have a number of local backups, but I can't seem to find them anymore!
Wayback machine has some of the pages but not a huge amount, have a look here:https://web.archive.org/web/20120304160018/http://wiki.fomportal.com/w/Main_Page

Edit: While some pages look like trash on wayback, the pages for some things, such as the colonies, are reasonably intact as they originally looked. Worth seeing if you can take anything useful from them Things such as the Dominion Codex are available in full too
Last edited: Oct 4, 2019
Reactions: LordAdder 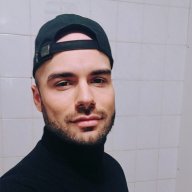 Civil Protection Commission
Rank: None
Service Points: 0
I am bad. Terran Defense Corps
Rank: None
Service Points: 0
FDC
I was always FDC. Got recruited very early when i started playing to ISD. I think i only ever got to rank captain.
Had a lot of really fun times in ISD. Can't say i was really good at the paperwork part of the job but i enjoyed it. I don't remember when i stopped playing. It may have been a little after the first major update. Definitely before the pay service.

DensinISD said:
FDC
I was always FDC.
Click to expand...

Terran Defense Corps
Rank: None
Service Points: 0
It's been so long and we didn't get to play long before the game shutdown, but I believe me and my brother both played in FDC. That was the 'military/police' faction right?

FungusCat said:
It's been so long and we didn't get to play long before the game shutdown, but I believe me and my brother both played in FDC. That was the 'military/police' faction right?
Click to expand...

Yeah, FDC was Military and LED was the Police.

Terran Defense Corps
Rank: None
Service Points: 0
About all I remember from my time is FoM is joining up, and then they would march us somewhere to get our uniforms and we would have our orientation or whatever in an alley/room nearby. Soon after I started doing some recruiting and thats about it.
Reactions: Winston and LordAdder Guns of the Conclave
Rank: None
Service Points: 0
MoTB, was with Death Legion.

I played towards the end of Open beta and during the cluster fuck that was the original retail. I used to be FDC but moved to BoS and never left other then one day when I raged hard to GoM after getting angry at one of the high ranks during the CMG/Merc war before the end of the game, good times.

Had a pretty fun time with all the people but would say I became pretty angry individual towards the end as I took the game too seriously and was pretty much an addict. Not sure I'll really get that involved with this newer version but it's interesting to see the community still going.

There were a lot of wars but Motb always put up the best fights. FDC/LED and EC were usually pretty fun to fight as well. I'd like to hope that overall we made the game a bit more fun for everyone in the better times.

Hopefully under new management the game is managed better then the original!

Hey i remember you Civilian
Rank: None
Service Points: 0
I was R6 in the FDC heading up the CTD when Yukon was the safest place to be. Civilian
Rank: None
Service Points: 0
FoM has been my livingroom from 2009 till 2011. Didn´t play FotD.
I started FDC lead by Dietrich Schaefer and Jack O´Neil... awesome times. Went to CMG with the cool guys after the coup when Max Max gave us shelter. Have never been realy descent in FoMbat (I had my good days from time to time, thought) and became an ECO-Lord. Enjoyed both Factions a lot!!!
Later i went back to FDC, but it´s never been the same after Lumi turned it into a Furry Defense Corps ;P (was the time when the Playerbase realy went down).
Hit r5 in both Factions. Civil Protection Commission
Rank: None
Service Points: 0
Pretty sure I started somewhere around.. September-ish 2012? when FoM Hit F2P, was LED. I can't for the life of me remember who was Commissioner at the time. But I remembered my first DPI class, it's a little hazy, though. The first 2 years flew by pretty fast, I never did anything beyond what is expected of me, which probably explains why I stayed R2 the entire time. Did my patrols, guarded my L2, shot my GoM, you know the drill.

I liked to think that I became a bit more mature and ambitious, joined up with DPI when it was under Vincent Helmic's command, made it to R3, later almost shot him in the face when he prunked me saying I was fired only to promote me to R4.

I remembered teaching so many classes and meeting so many people in DPI, was good time.
Then got demoted and moved to the Patrol Department after the DPI was disbanded.
Got back into DPI again when it was re-instituted, made Department head, actually. I think I did a good enough job.
Then Brad Rivers happened, and DPI was handed to his friend, changes happen and of our hard work went down the toilet. Instructors quit left and right,

Shot Brad Rivers in the NYC Mall in front of a bunch of people, got capital demoted so I left. Went faction surfing for a while in BoS and MotB but never stuck around, then ultimately quit FoM.

Returned some months later when they introduced Player faction, started my own little faction, called it the Equestrian Imperial Guard. EQRG. Stuck around some, at one point we got so big we were 3rd place in total number of members. With the FDC being 2nd and Dolly 1st.

Then shit happened, fought the Bears and got wrecked hard, faction splintered, we never financially recovered from that.
Still Logged in once in a while to check out how the game's doing, was at NYC Mall on the last day of FoM before it shut down.


Glad to be back, hopefully I can make the next 10 years of memories as memorable as I did.
Reactions: MarlboroRed and Venture Jones Civil Protection Commission
Rank: None
Service Points: 0
I was mostly LED patrolling because I was just into the roleplay of it. Its crazy how fondly i remember just standing in formation at the prison waiting for a prison break >.<
Reactions: Wolf Blaze Terran Defense Corps
Rank: None
Service Points: 0
The factions in which I got to a reasonably valuable position were CMG and FDC. I've been R6 in FDC, XO of the CTD under Jeff Dillinger. Probably one of the most enjoyable and fulfilling experiences I've ever had in gaming. But I had lots of fun in other factions aswell.
You must log in or register to reply here.
Share:
Facebook Twitter Reddit Email Share Link
Top Bottom